When you’re looking to build a computer that you can game on, with a limited budget, you try to make the most in terms of value with all your components. To help you out, below we have reviewed the best Nvidia graphics cards in various price categories.

We’ll be taking a look at ten models that are all excellent in their own regard. We’ll discuss both GTX and ray tracing-enabled RTX models, so you can choose the one that fits you best in terms of budget and expected performance. Without wasting any more time, what’s the best Nvidia graphic card? 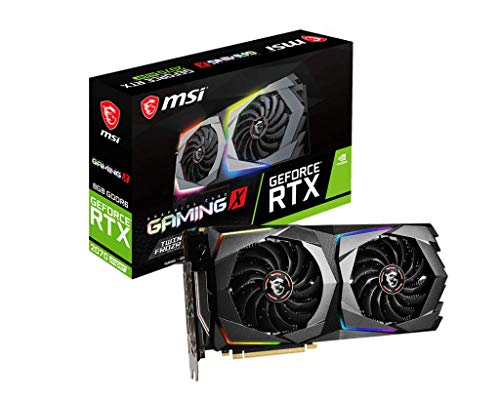 It comes with Nvidia’s new Turing architecture, so you get ray tracing, Tensor Cores, DLSS 2.0, pretty much all the nice things that Nvidia has to offer. And the RTX 2070 Super has pretty great specs which should give you great performance if you want to take advantage of those nice things – 2560 CUDA cores, 52 ray tracing operations per second, 1605 MHz base clock and a 1770 MHz boost clock.

Pair this with 8GB of GDDR6 memory that has a total bandwidth of 448 GB/s, and you’re looking at excellent performance. You can even push higher details and enable ray tracing without significant drops in frame rates. However, this does come at a cost, since the GPU consumes around 215W of power at its peak, and will require at least a 650W PSU. 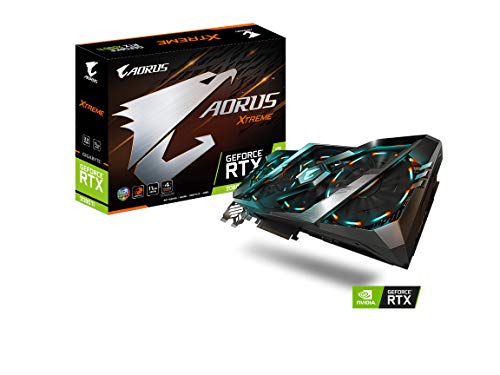 The flagship of Nvidia’s modern lineup of mainstream graphics cards, the RTX 2080 Ti has everything you might want, and then some. If you want to get high frame rates with ray tracing on, or game at high resolutions, this is the GPU you should be going for. And yes, while expensive, it’s still great value if it fits in your budget.

The RTX 2080 Ti makes great use of the Turing architecture and Tensor cores to deliver an impressive 76 ray tracing operations per second, and 10 Giga rays per second. This means you won’t notice any too significant frame-per-second drops when you enable ray tracing, which is nice.

There is also a base clock of 1350 MHz, and a boost clock of 1545 MHz. which might sound like conservative numbers but they do a great job. You get 11GB of GDDR6 memory, which has a 14 Gbps speed and a 352-bit interface, which brings the total bandwidth to 616 GB/s.

Last but not least, the power consumption is also rather surprising – you get all this performance at a power draw of 250W, which means you could comfortably run it with a 650W PSU. Neat, right? 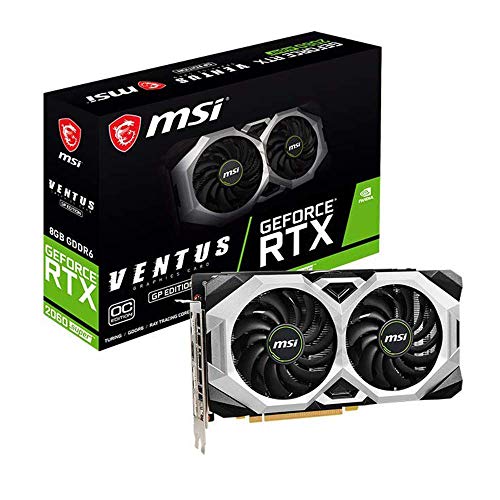 The RTX 2060 Super is part of Nvidia’s RTX refresh, where the introduced a couple of GPUs to help narrow the gaps between some of their models. The RTX 2060 Super comes between the RTX 2060 and RTX 2070, and it falls right in the middle both in terms of pricing and performance.

As the RTX in its name suggests, it’s based on the Turing architecture which brings things such as Tensor Cores for Nvidia DLSS 2.0 and ray-tracing cores for realistic graphics. When you want to talk numbers, with the RTX 2060 Super you’re looking at 2176 CUDA cores and 41 ray tracing operations per second, slightly less than the RTX 2070. With a base clock of 1470 MHz and a boost clock of 1650 MHz, you’ve got respectable performance, and that applies to the 8GB of GDDR6 memory running at 14 Gbps. With a 256-bit interface, the total memory bandwidth is 448 GB/s.

The GPU is rather conservative with the power consumption – it only goes up to 175W, and you can run it easily with a 550W power supply. If this sounds like a good option for you, don’t hesitate. 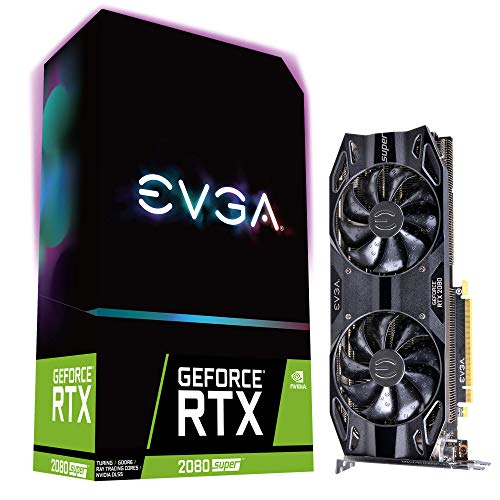 Even though many consider that the RTX 2080 Super wasn’t a necessary GPU for Nvidia to introduce, they still did it to provide a middle ground between the RTX 2080 and the RTX 2080 Ti. As you’d expect, it sits somewhere in the middle both in terms of performance and pricing, so let’s take a look at it.

As you would expect, it comes with ray-tracing capabilities. More specifically, you’re looking at 63 ray tracing operations per second and 8 Giga rays per second. Alongside this, you’ve got 3072 CUDA cores, and high clock speeds – 1650 MHz base and 1815 MHz boost, which is great. What’s pretty impressive is the memory specifications. Not only does the 8GB of GDDR6 memory have 15.5 GBps speed, but that paired with the 256-bit interface puts it at a total bandwidth of 496 Gb/s.

You should keep in mind that this dual-slot GPU does require about 250W of power, so you will need at least a 650W power supply to run it comfortably, and both a 6-pin and an 8-pin connector. If this is okay with you, by all means, go for it. 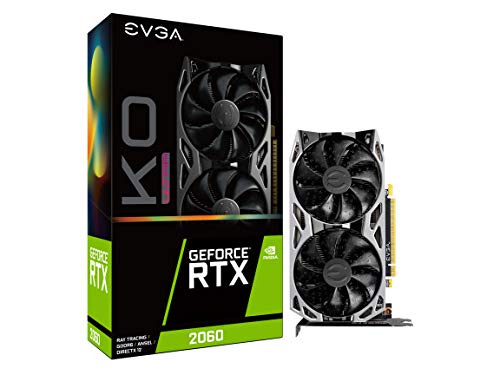 The Nvidia GeForce RTX 2060 is the “cheapest” graphics card that Nvidia offers, that still has ray tracing enabled. And while many skip it because they think they don’t get enough use of the new Turing architecture, we would still suggest giving it a shot because it does bring excellent value to the table.

First things first, yes, it is true that while it checks all the boxes for ray tracing, it does so in a pretty basic manner. For example, you only have 37 ray tracing operations per second, and 5 Giga rays per second, which isn’t too impressive. This means that while you will get a sense of what RTX is all about, you will get noticeable frame drops while doing that.

Aside from this, however, you’re looking at a respectable base clock of 1365 MHz, which if necessary, can boost up to 1680 MHz. Paired with 6GB of GDDR6 memory with a 192-bit interface and a total bandwidth of 336 GB/s, you’ve got excellent performance.

Oh, and the best thing? It only needs about 160W of power, so a 500W power supply is more than enough for it. 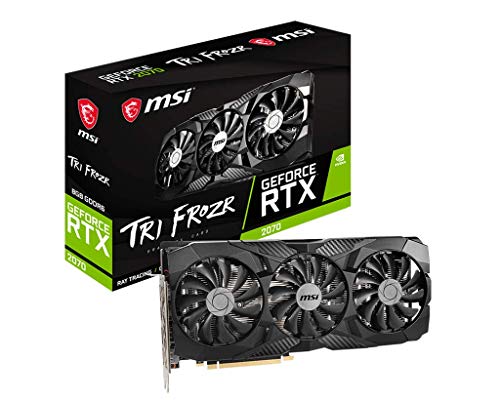 The 70 models from Nvidia, ever since the GTX 570 and GTX 670, have been the sweet spot between price and performance. That hasn’t changed with the RTX 2070 model, which is still an excellent performer in various scenarios, yet manages to come at a price that many would say is more than reasonable.

For starters, the RTX 2070 is a GPU based on the Turing GPU architecture, which by itself brings about six times better performance compared to previous-generation models, as well as ray tracing, a technology that gives you real-time realistic graphics. Alongside ray tracing, you also get a few other capabilities such as Nvidia DLSS 2.0, as well as Ansel.

All things considered, at a rated 175W power consumption and a recommended 550W PSU, this is a GPU that doesn’t put too much load on your system and gives you excellent performance.

Even though it lacks ray tracing, if you don’t need or want it, the GTX 1660 Super is a great way to save a few bucks and still get excellent performance in games. It comes at a price that’s more than reasonable, and performance that’s completely sufficient for 1080p, or even lower-detailed 1440p gaming.

To begin with, the GTX 1660 Super has 1408 CUDA cores, which is still a decent amount. There are no ray tracing operations per second or Giga rays per second here, which is to be expected. You have a fairly high base clock of 1530 MHz and a significantly higher boost clock of up to 1785 MHz.

This is all paired with 6GB of GDDR6 memory, which has a 14 Gbps speed and a 192-bit interface for a total of 336 Gb/s bandwidth. This should be more than enough for 1080p gaming, even though as we said, if you lower the details a bit, you could push it at 1440p.

And the most impressive of all the specs is the rated power consumption – Nvidia claims the GTX 1660 Super only needs about 125W of power, which means you could run it with something like a 450W PSU.

If you want the most powerful Nvidia GPU you can get, but don’t want to pay for ray tracing, the GTX 1660 Ti is your choice. Even though it’s built on the Turing architecture and makes use of Turing shaders for improved performance, it doesn’t have any ray tracing capabilities, which does reduce the price quite a bit.

You’re looking at 6GB of GDDR6 memory with an effective speed of 12 Gbps, which, combined with the 192-bit interface, puts it at a bandwidth of 288 GB/s. There’s also 1536 CUDA cores, and clock speeds of 1500 MHz base and 1770 MHz boost, which is pretty good. While you won’t be getting any ray tracing, as we mentioned, you still get all the other nice things of Nvidia’s latest GPUs, like Ansel and VR capabilities. It also supports the NVENC encoder thanks to the fact that it’s based on the Turing architecture.

To round things up, we should also mention the rather conservative power consumption – the GTX 1660 Ti consumes only 120W of power and needs a single 8-pin connector, which means you’ll be able to run it with a 450W PSU without any problems. 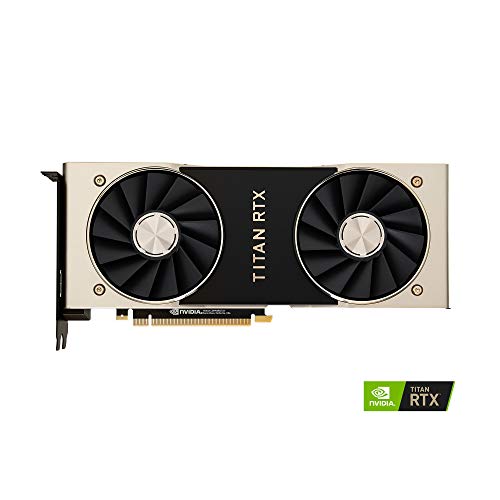 It might be hard to figure out what a Titan RTX is doing on a list that talks about the Nvidia GPUs that provide value, but there are plenty of reasons for that. The main one, however, is the fact that if it is within your budget, it gives you capabilities that you won’t find on any other non-workstation GPU out there.

Based on the Turing architecture, it’s significantly faster than the previous Titan XP, especially in tasks that require deep learning. It has 4608 CUDA cores, and 576 tensor cores, as well as 72 ray-tracing cores, which puts it much higher than anything else Nvidia offers at the moment.

What’s even more impressive is the memory specs. Even though the chip’s clocks are conservative at a 1350 MHz base clock and 1770 MHz boost clock, you’ve got a total of 24GB of GDDR6 memory, width a 384-bit interface for a total bandwidth of 672 GB/s.

While all of this makes the Titan RTX an incredible GPU for day-to-day usage, where it excels is more intense workloads like data science and creativity. If you can afford it, yes, it’s actually great value. 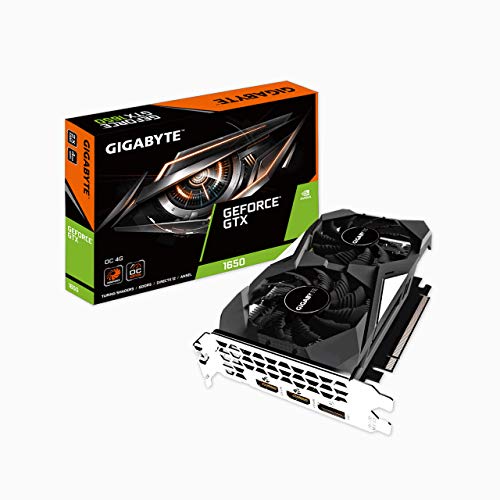 If you’re on a budget, you can still get an Nvidia GPU that provides great value – the GTX 1650 is a great example. It comes in at a price that’s more than reasonable, yet manages to give you pretty great performance in games at 1080p. Note, however, that it might not be a good idea to push it any further than that.

There are two variants of the GTX 1650, one of which uses the older, GDDR5 memory, while the other has GDDR6 memory. Both have 896 CUDA cores, and both have 4GB of memory on a 128-bit interface. However, the GDDR6 variant has 12 Gbps speed, which gives it 192 Gb/s bandwidth, while the GDDR5 one only has 8 Gbps for a 128 GB/s bandwidth.

The clock speeds are slightly different, too. With the GDDR5 variant, you’re looking at a base clock of 1410 MHz and a boost of 1590 MHz, but the GDDR6 takes those numbers to 1485 MHz and 1665 MHz, respectively.

All things considered, if you’re on a limited budget, the GTX 1650 is a great pick. It also uses only 75W of power, so you could run it on a system that has a 300W PSU – what more could you want?

Nvidia has a great selection of graphics cards to choose from. Your performance needs and budget will determine which of the GPUs above will be best for you. You can also view the full list of available GPUs here. We hope that you find this article helpful in picking the right Nvidia GPU for your PC.