Virtual reality has been picking up a lot of steam recently – and there are a lot of good reasons for that. It’s fun and engaging, a lot more than ‘conventional’ gaming. But it also requires a PC powerful enough to run VR games if you want the best experience. With that in mind, below we have reviewed some of the best VR ready PCs you can buy.

There are 12 VR ready gaming PCs below ordered from cheapest to most expensive, so which one you go for is completely up to you. We have included some cheap VR ready PCs as well as some mid-range to higher-end VR ready PCs. We’ll discuss them all briefly, so you can choose the one that fits your needs best. 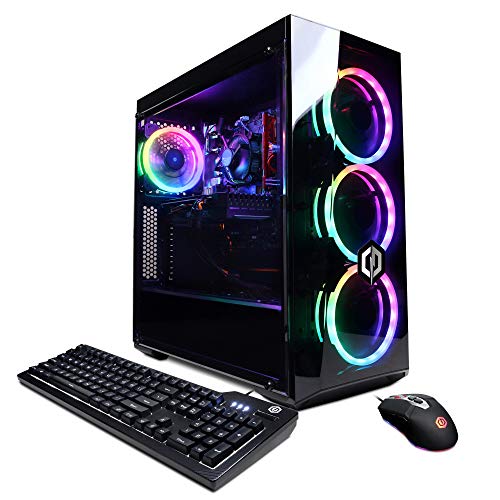 If you aren’t looking to spend a massive amount of money, the CyberpowerPC Gamer Xtreme VR is pretty close to the perfect budget VR ready gaming PC. It checks all the boxes for performance, and it also looks nice, while keeping the price reasonable.

The six-core Intel Core i5-10400 is more than enough to push VR games, and so is the GeForce GTX 1660 Super by Nvidia. It’s an excellent pairing, and you’ll get pretty decent performance. What’s not so great is the B460 motherboard, which is not something to write home about, but it does get the job done.

Alongside this, you’re looking at 8GB of RAM, which pretty honestly, is the bare minimum for this kind of system, and a pretty large, 500GB SSD. The AC Wi-Fi means you’ll be able to use your home’s Wi-Fi connection reliably, and you also get 4 RGB fans that not only increase airflow but also look nice with the tempered glass, too.

With AMD releasing their 4000 series processors shortly, it’s a perfect time to get a 3000 series CPU-based build that will save you a bit of money, and will still be a very respectable gaming system. SkyTech seems to agree, which is why their Archangel system is an excellent choice for a VR ready gaming PC.

It’s built around the AMD Ryzen 5 3600 processor which has six cores and twelve threads and runs at 3.6GHz. Alongside it, on the B450 chipset motherboard, you will find a GeForce GTX 1660 graphics card with 6GB of VRAM, as well as 8GB of RAM. Even though a bit more RAM would be nice, for a budget build this does do a decent job.

You also get a pretty spacious 500GB SSD, as well as 802.11ac Wi-Fi, which is a nice addition, and everything is packed inside a beautiful Thermaltake case with RGB lights at the front and a tempered glass side panel. 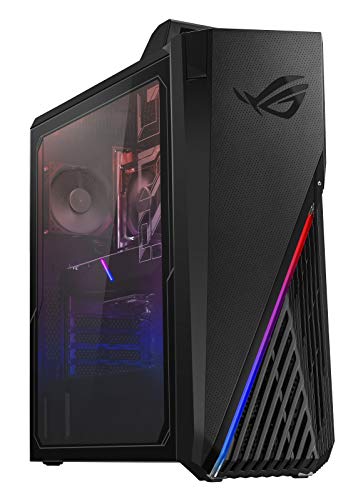 With AMD making better bang-for-the-buck processors at the moment, it’s no surprise the ROG Strix GA15DH is one of the best budget VR build out there. It checks all the boxes for a good VR experience and comes with a nice feature set and spec sheet.

To begin with, you’re looking at a six-core AMD Ryzen 5 3600X processor that’s perfectly capable of VR gaming, and so is the Nvidia GeForce GTX 1660 Super it’s being paired with. You might not be able to run them at the highest settings, but you’ll still get a very respectable experience.

To add to this, you have 8GB of DDR4 memory, which is good enough, and a 256GB SSD to store your operating system and a few games. If that’s not enough, you also get a 1TB HDD. Even though the B450 motherboard doesn’t have Wi-Fi, you do get Wi-Fi 5 and 802.11ac connectivity, which is a nice addition. Overall, this is an excellent budget build that looks the part, too.

If we’re being honest, the iBUYPOWER Element 9260 is far from cheap, or wallet-friendly. However, it’s very powerful and is a candidate for the best VR ready PC if that’s what you’re looking for and can spend a bit of money.

First, you’re looking at a rather powerful CPU by Intel, the Core i7-9700F, which can turbo up to 4.7GHz under load, which is pretty impressive. You also get an Nvidia GTX 1660 graphics card with 6GB, and this combination is perfectly capable of running VR games, especially when you pair it with 16GB of RAM and the 240GB SSD. You do get a 2TB HDD for storage as well, though, so you’re pretty well covered in terms of storage.

Everything is packed in a pretty nice looking case that has RGB and tempered glass, so your build will look rather nice, too. It’s a great system for people who can afford it. 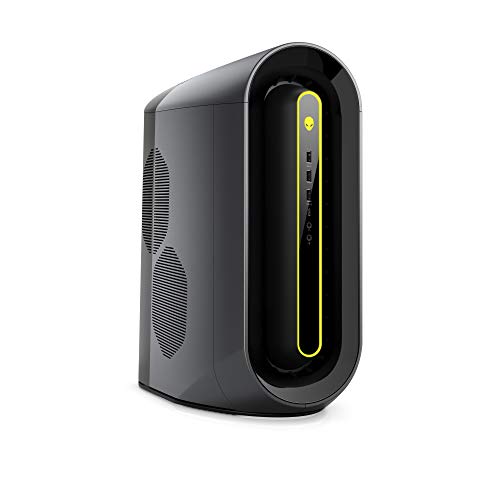 If you’re looking for a VR ready gaming PC that can push modern titles at high settings without any problems, the new Aurora R10 by Dell’s Alienware is a great pick. It will set you back quite a bit, but it’s worth every penny.

To begin with, it’s built around AMD’s powerhouse Ryzen 7 3700X, an 8-core processor that runs at an impressive 3.6GHz. To add to this, you also have the AMD Radeon RX 5700 XT graphics card alongside it, so pushing graphically intensive games shouldn’t be an issue.

You’re also looking at 16GB of fast DDR4 RAM, as well as a massive and very fast 512GB PCIe NVMe SSD, so you’ve got plenty of room for storage. Did we mention it also has a 1TB HDD? It’s all packed in a nice-looking case that’s stunning and very modern looking, wrapping up this excellent build. 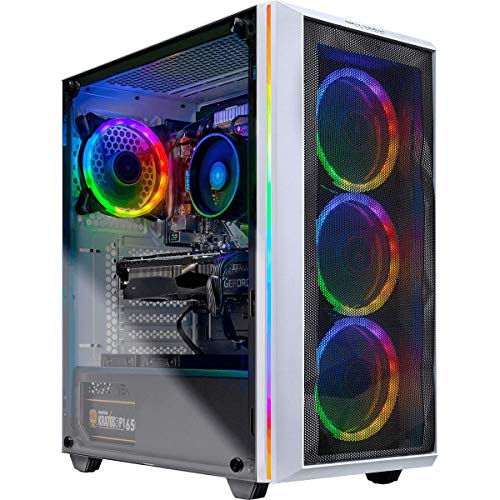 Skytech might not be the first brand that comes to mind when you’re looking at a prebuilt VR ready gaming PC, but the Chronos should be changing that. It’s a very nice build that’s perfectly capable of VR gaming, and at a reasonable price, too.

The processor is an absolute beast, with eight cores and a maximum turbo frequency of 4.4GHz, and it’s paired with a more than capable Nvidia GeForce RTX 2070 Super graphics card with 8GB of VRAM. VR gaming on this system shouldn’t be any problem at all. Then, you’ve got 16GB of RAM, which is more than you probably need, as well as a massive 1TB SSD to hold your data.

Pack this all in a nice looking case with tempered glass on the side, as well as a mesh front panel for increased airflow, and you’re looking at an excellent VR PC.

There’s no simpler way to say this – the CyberpowerPC Gamer Supreme is a powerhouse, and even at this asking price, it’s a bargain. It’s one of the best VR ready PC options at the moment, and it’s got plenty going for it.

To kick things off, you’re looking at an eight-core CPU by Intel, the Core i7-9700, which is liquid-cooled and paired with Nvidia’s excellent RTX 2070 Super graphics card with 8GB of VRAM. It’s a great combination for VR titles, made even better by the 16GB of RAM you get with the build. To make things even better, storage is taken care of by a 1TB NVMe SSD for your operating system and games, which should be more than enough.

Pack this all in a tempered glass case with plenty of RGB fans, add to it a mouse and keyboard, and you’re looking at a great VR system.

HP’s Omen is one of the most reputable prebuilt PC lineups out there, and the Obelisk is a pretty high-end build that’s certainly capable of VR gaming, at a reasonable price.

At the core (no pun intended), you’ve got Intel’s Core i9-9900K, an unlocked processor with eight cores that are being liquid-cooled in this system. There’s also Nvidia’s RTX 2080 Super graphics card with 8GB of VRAM, 32GB of DDR4 RAM, and a rather large 1TB SSD. Everything is high-end, and VR gaming should be no problem at all.

Looks matter here, too, which is apparent from the minimalist looking case with a tempered glass side panel that you’re getting. Oh, did we mention it’s all black-and-red themed and looks really, really nice? 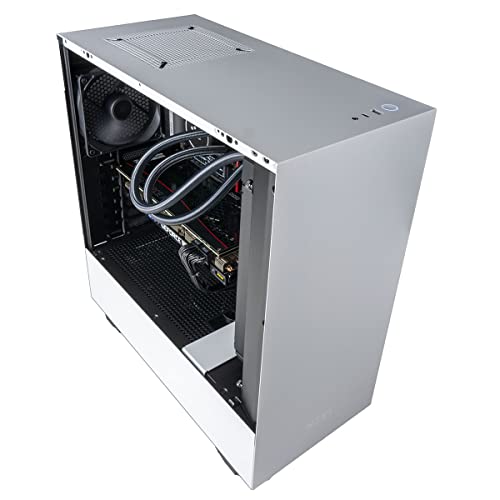 The CUK Sentinel, aside from being a very high-end system, is one of the most balanced builds you’ll come across when looking for the best VR ready PC. Pretty much everything is high-end, and it looks the part, too.

To begin with, you get Intel’s i9-9900KF processor, which is unlocked and liquid-cooled, so there’s certainly overclocking potential. There’s also Nvidia’s new RTX 2080 Super graphics card, and this combination can handle pretty much any VR title you can think of.

To add to that, you’ve got an impressive 32GB of RAM, as well as a 512GB NVMe SSD and a 2TB hard drive, too. The 750W gold-rated power supply will keep everything running well and it’s a reliable one, too. It’s all packed inside a Corsair Carbide 275R case, and you get a couple of RGB fans as well to keep things cool. Overall, if you can afford it, this might be the best VR ready PC as far as prebuilt ones go. 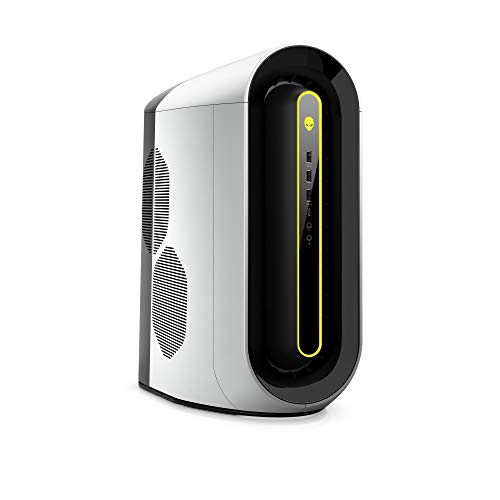 Dell’s Alienware gaming brand has done a great job with the Aurora R10 case and packed an impressive build in a very compact case that takes up very little space on a desk (or under it).

Inside, you’ll find a twelve-core AMD powerhouse of a CPU, paired with an RX 5700 XT graphics card, again by AMD, and as a combination, they can handle pretty intensive VR titles, which is excellent. There’s also a 1TB SSD to store all those titles. Multitasking is taken care of by the 32GB of RAM, which is excellent.

If looks are important to you and you like a compact chassis, the Corsair One i164 is one of the best options for VR if you can afford it.

The internals are as powerful as it gets – Intel Core i9-9900K and an RTX 2080 Ti by Nvidia can handle pretty much anything you throw at them as far as VR goes, and you also get 32GB of RAM and both a 1TB super-fast SSD and a 2TB HDD as well.

But what makes this a nice option is the Corsair One case, which is one of the most beautiful compact cases out there. There are RGB lights at the front, so you have some customization options, to make this look just how you like it. If you can spend this much money, this is one of the best pre-built PCs as far as VR gaming goes. 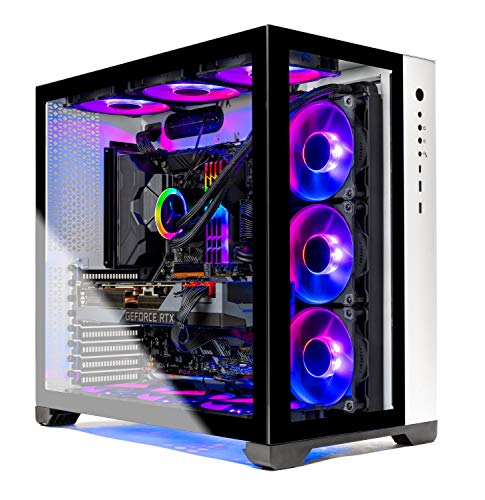 You can’t talk about a pre-built VR ready gaming PC without mentioning Skytech, and their Prism II is a great choice for VR gaming. It’s an excellent combination of components in a nice looking case.

If you need proof this is probably the best VR gaming PC, look at the specs – AMD’s flagship Ryzen 9 3950X is liquid-cooled and ready for overclocking, and you have an Nvidia RTX 3090 alongside it. Demanding titles will be no issue at all. You also get 64GB of RAM, which is more than enough for any kind of modern VR gaming.

Add to this the truly massive and extremely fast 1TB PCIe 4.0 SSD, and you’re pretty much set to go. You also get an 80+ Gold rated PSU, and everything is packed inside the Phanteks Qube case.

There you have it, these are some of the best VR Ready PCs you can buy. Which one you choose depends on your budget and preferences. You can also learn more about VR hardware requirements here. We hope that you found this article helpful and informative.