The RTX 4080 officially comes second in line for Nvidia’s Lovelace architecture. While not designated as the halo-tier product of its generation, it still needs a decently good wattage PSU due to its relatively high power consumption. It also needs the new 16-pin adapter, though it only connects to three 8-pin PCI instead of four.

Putting its negatively skewed price point aside, RTX 4080 power consumption top performance efficiency is quite excellent as a next-generation product, at least compared to its direct predecessor the RTX 3090. It also consumes less power than the RTX 4090 as well as the RX 7900 XTX and 7900 XT AMD cards. So you can still get a good jump in performance efficiency.

The RTX 4080 power consumption generally averages around 300 watts, with occasional transient power spikes upwards of 400 watts. Its power consumption is still considered relatively high, but with the architecture updates to Lovelace, it is also very efficient when compared to other higher-end GPUs. It also pushes performance efficiency near its limits, but at a pace that is equal to the progression of its technology. The problem with the RTX 4080 is less so its power consumption and performance and more so its price and value.

As for AiB models, the values can deviate by about 50 watts max, but you should see similar sudden spikes regardless of product. As for overclocking, the RTX 4080 has a 450-watt max power limit, though this is only limited to a few variants (double-check if this is something of concern to you).

As per the consumed watts per standard unit time, the RTX 4080 will typically consume about 0.3 kilowatt-hours per hour. For playing modern triple-A titles at least two hours per day, you would eventually use up 4.2 kilowatt hours per week (does not include regular browsing use).

Nvidia’s power supply requirement for the RTX 4080 is officially listed at 750W. This value is calculated to give ample variance for PSU product tiers and gives a good headroom to prevent power protection features from triggering. Since the same value also applies for OC draw, the value is also factored for such use cases as well.

For high-end partner AiB models, it can be a safer option to go with something much higher than 750 watts. First, premium PSUs tend to have very long warranty periods. And second, you won’t have to replace the PSU should you decide on a halo-tier upgrade for the next few GPU generations. 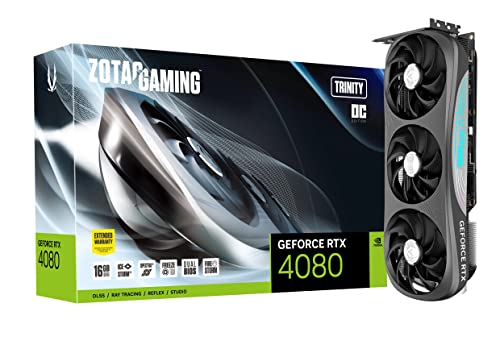 W recommend the ZOTAC Gaming GeForce RTX 4080 16GB Trinity OC due to its great 1440p and very good 4K performance when gaming. It is also relatively one of the “cheapest” RTX 4080 graphics cards available.

With 16GB GDDR6X of memory, a 2520 MHz clock, and good power efficiency, this card will provide you with great graphical performance in almost any gaming and other intensive productivity tasks if you can find it at the right price. 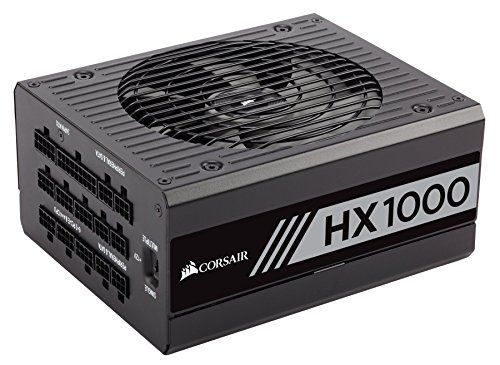 As for the actual PSU model for the RTX 4080, we recommend the Corsair HX1000. This is a Platinum 80 Plus efficiency-certified 1000-watt power supply with fully modular cables, very solid internals, and various convenient usage modes. As with the rest of the HX PSU lineup, it has all modern power protection features and is rated A-tier.

As it is a standard production model at this point, it is far more available than native ATX 3.0. You only need to keep the 12VHPWR 16-pin adapter properly secured. Even then, the adapter only plugs into three 8-pin PCI power connectors, so the issue may not even exist for most stock users.

As per Nvidia’s intended standardization procedures, the RTX 4080 will also use the new 12VHPWR 16-pin plug to draw both more power and monitoring data from the PSU. As mentioned earlier, RTX 4080 models include an adapter that connects to three 8-pin PCI connectors, as opposed to the RTX 4090’s four 8-pin PCI adapters. While the risk of meltdown is negligible, it is better to stay safe and plug the adapter first while the GPU is not yet connected to the motherboard (and case).